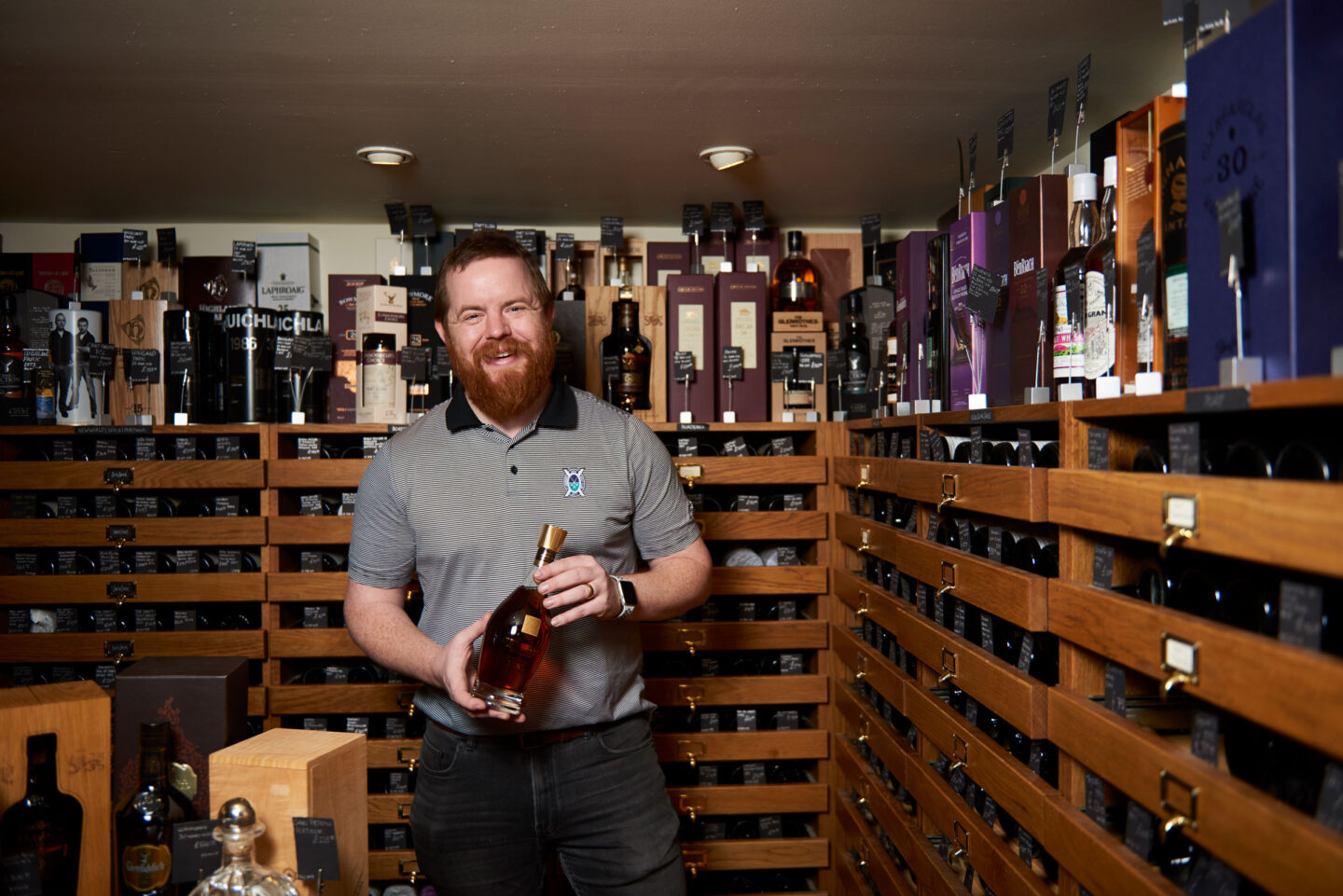 A Dram By Any Other Name

Drinks expert Archie McDiarmid explains why one of the world’s most famous spirits is spelled ‘whisky’ in Scotland and ‘whiskey’ in Ireland.

Like many Scots I was raised with whisky in my veins, my Grandfather used to dip his pinkie in his glass of Glenmorangie and rub it on my gums when I was teething six-month-old.

As I got a bit older and made all things distilled and fermented a career, I came across an oddity.

What is with the ‘e’ Ireland? I came across loads of gloriously convoluted theories involving than transliteration and ancient tribal spelling differences on either side of the Irish Sea, but as with most whisky history, it is a story of commerce and marketing far more than it is of romance and tradition.

Uisge beatha (Scots Gaelic) and Uisce beatha (Irish gaelic) are both translated from aqua vitae (Latin) literally, ‘water of life’, the name by which distilled spirits were introduced to the British Isles around a thousand years ago (the first written records date from the 15th century, but most historians accept that spirits had been produced here for some time before that).

Always allowing for regional accents, they were pronounced almost identically and when they were eventually shortened and rendered into English (in the early 18th century) they were pretty uniformally spelled whisky, both in Ireland and Scotland.

The earliest mention of whisky (as opposed to uisge/uisce) is found in Scotland during 1715 and in Ireland during 1738 and both omit the ‘e’.

The only area where whiskey seems to dominate as a spelling at this time is in the north of Ireland, an area, ironically enough, dominated by Scottish protestants known as the Scots-Irish who would soon emigrate in huge numbers to the USA exporting their spelling with them.

Perhaps as a result of this mass exodus, the spelling actually reverts to whisky at Northern Irish powerhouses Mitchell’s and Bushmills by the early 19th century, but it does explain why many distillers (but not all, shout out to Maker’s Mark, George Dicker et al) in the US follow the ‘Irish’ spelling.

So, up until the mid 19th century everyone (except some Northern Irish and their American decedents) pretty much spell it whisky and it is all made pretty much made the same way.

That all changed when an Irishman Aeneas Coffey perfected the continuous still and ushered in the era of cheap, mass produced grain spirit. At the time, Ireland was the worlds whisky powerhouse and they wanted nothing to do with this cheap, light spirit, condemning it as a bastardization of pot still technique and flavour, not fit to wear the name whisky on its label.

At least, they assured themselves, it tasted wildly different, so no one could possibly confuse it with real whisky.

Then came the Spirits Act of 1860 and all of a sudden blended whisky, produced by mixing malt and grain spirit, was made legal.

Scots distillers took to this process with abandon, cutting their traditionally heavy, rough malt spirit with light fresh grain spirit that aped the Irish style at a fraction of the price.

In response to this assault, in 1879, the big four biggest Dublin distillers (John Jameson, William Jameson, George Roe and John Power) banded together to produce a book denouncing the use of grain whisky in blends.

In ‘The Truths About Whisky’ (note the spelling) they argued that such blends “cannot be whisky, and it ought not to be sold under that name.” In the years that followed several Irish distillers hit on the marketing idea of using the old Northern Irish spelling to differentiate themselves from the increasingly ubiquitous and (as far as they were concerned) inferior Scottish competition.

One distiller, John Power, even went as far as to suggest that the ‘E is for Excellence’ in adverts of the period.

The argument about grain ‘whisky’ would rumble on until 1908 when a Royal Commission finally ruled that any mix of grain and malt spirits, produced in either pot or continuous stills could be used in whisky.

By this time the use of an ‘e’ was driven by nothing other than marketing. Several Scots blenders had adopted it to capitalize on markets where whiskey was the popular spelling.

Even the report itself, composed mainly by an Englishman (much to the chagrin of many Scots and Irish MP’s) used both spellings liberally and interchangeably. Most
of the working notes use whiskey, but the title of the final report spells it whisky.

Not long after the First World War, Irish independence and US prohibition rocked the Irish whisky industry to its core. Losing first the British market to the new republic’s trade war and the US market to prohibition, many Irish distilleries closed or were swallowed up by larger companies.

This concentration of power lead to whiskey becoming the default spelling all over Ireland, with the final hold out for whisky, Paddy’s, changing in the 1960’s.

For Scotland’s part, as Irish whiskey lost popularity from its 19th century heyday it made no sense to copy it, and as US bourbon whiskey became more popular, spelling it whisky was a useful point of difference.

So there you have it, bar a relatively small pocket of northern Ireland ‘whiskey’ was rarely an accepted spelling during the early days of the word coming into existence in the early 18th century.

However, thanks to the mass emigration of Scot-Irish from the region during the late 18th century it survived as the most used spelling in the US.

Eventually it was re-appropriated by Irish distillers in the late 19th century seeking to differentiate themselves from Scots distillers, who they felt were copy cats, trading on the good name of Irish whisky, but selling an inferior product.

Today, the Irish use whiskey as a matter of (fairly recent) tradition, whereas in Scotland it is a matter of law to use whisky. Legally you cannot call something Scotch whiskey, only Scotch whisky. The rest of the world is free to pick and choose either spelling, with the US predominantly, but not exclusively, choosing whiskey while the rest of the world usually opts for whisky, reflecting the greater current popularity of Scotch whisky vs our celtic cousins.

If Irish whiskey continues its recent prodigious growth then we may see the eponymous ‘e’ springing up in more whiskies all over the world.

As published in The Scotsman Food and Drink, 27th February 2019