Kombucha: Get Your Kicks Without The Kick! 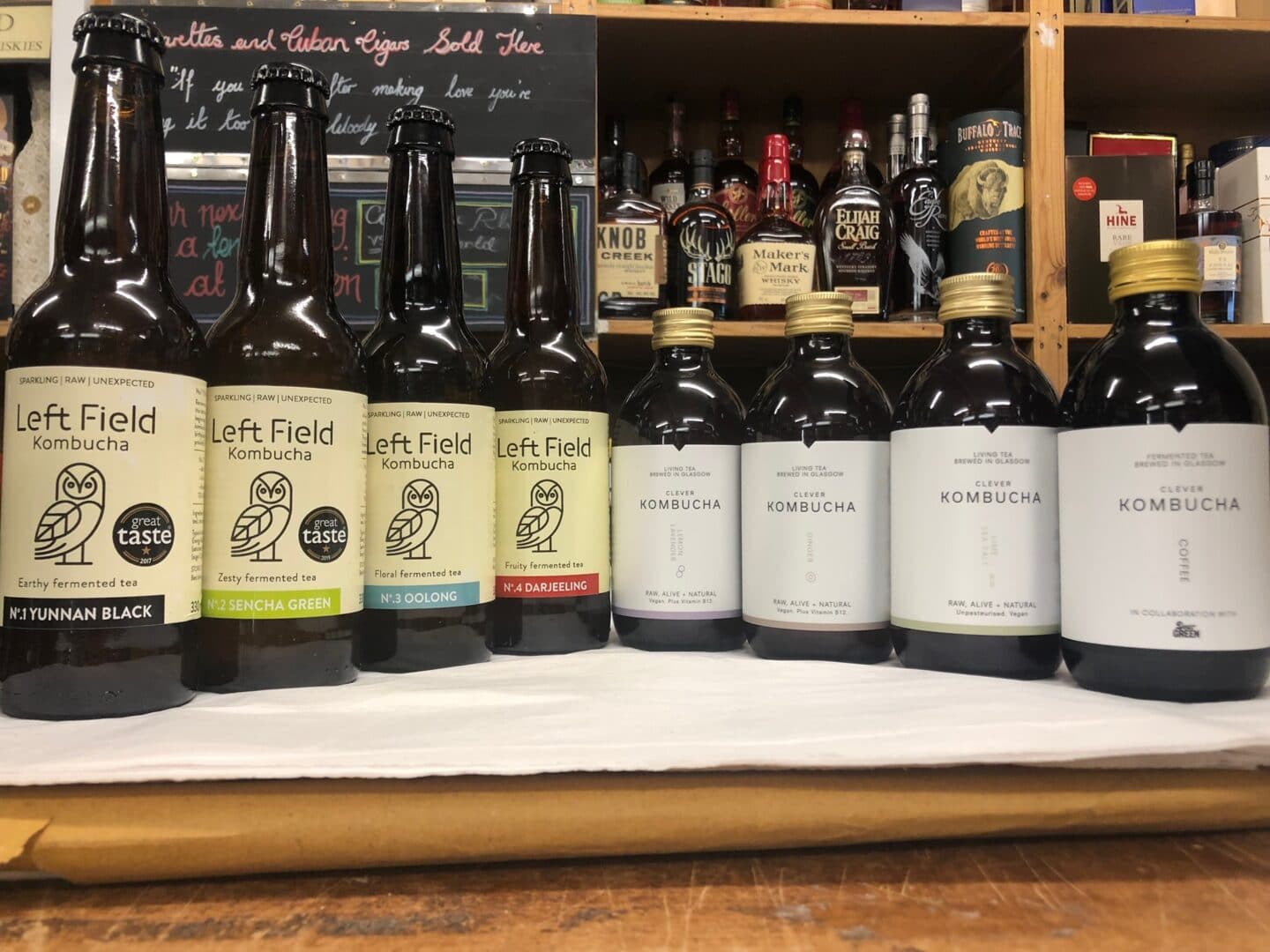 A little over a year and a half ago, a close friend and former Luvianista gave up alcohol. For someone with experience in the fine wine and whisky trade, a major challenge of alcohol abstinence was the sudden absence of beverages with the depth of flavour and versatility for food pairing that they had previously enjoyed.

The reasons that alcoholic drinks possess this near-unparalleled complexity of flavour are threefold:

The first is quite simple – A solution of water and ethanol (i.e. alcohol) can dissolve a far greater variety of flavour- and aroma-active compounds than pure water can.

Secondly, the majority of flavour- and aroma-active compounds present in commonly fermentable fruit and plant matter are chemically bound to sugars, forming complexes called glycosides.  In this form, the flavour-/aroma-active compounds do not evaporate and as such, cannot bind to flavour and aroma receptors in the mouth and nose. Certain strains of yeast and bacteria commonly used in alcoholic fermentation can break the bond between flavour compound and sugar, allowing the flavour compound to be evaporable and therefore, detectable by the mouth and nose.

Finally, during fermentation, not only do yeast synthesise new compounds, they also assimilate flavour and aroma compounds from the substrate, chemically changing or combining them, then releasing the modified compounds. Consequently, the resulting fermented beverage contains a far greater variety of flavour- and aroma-active substances than the initial fermentable substrate.

My teetotal friend and I would often discuss alternatives to alcohol, sampling alcohol-free beers, “mocktails”, single-origin coffee and even offerings from the growing market of non-alcoholic spirits. It was some time later, in a gratuitously fashionable Edinburgh café, that I tried my first kombucha (the Darjeeling from Left Field Kombucha) and was surprised by its remarkable depth of flavour. When I was asked by the University of St Andrews to present an alcohol-free tasting as part of their #Stoptober series of events, I jumped at the opportunity to learn more about kombucha and share my findings with a curious audience.

Kombucha is a slightly sparkling, slightly tart beverage produced by the fermentation of sweetened tea by a symbiotic culture of bacteria and yeasts, or SCOBY. Many of said bacteria and yeasts are the same species as those used in the fermentation of alcoholic drinks – beer in particular – however the function of the SCOBY is such that ethanol produced by yeast during kombucha fermentation is oxidised to acetic acid by bacteria therefore even though alcoholic fermentation takes place, the finished kombucha does not contain any significant amount of alcohol.

The fermentation of kombucha in the presence of a SCOBY also results in the formation of a new, separate SCOBY which can be used to inoculate future batches. Commercial kombucha breweries can selectively use and discard SCOBYs based on their desirable characteristics, such as low alcohol production, and cultivate a house SCOBY that perfectly suits their needs.

Eight kombuchas were presented at the tasting, four from Left Field Kombucha based in Eyemouth and four from Clever Kombucha in Glasgow. Left Field Kombucha produces a somewhat cleaner style with more of a lactic acidity and a focus on expressing the complex flavours of different types of tea. Clever Kombucha’s offerings are wilder, funkier and more focused on experimentation with the addition of fruits and spices.

All these kombucha are available to purchase from the St Andrews shop.

Most of the guests had never had the opportunity to try kombucha before this tasting and many were surprised at the variety and complexity of flavours the drink could offer. The prevailing preconception of kombucha seems to be as a drink that only appears in health food shops and hipster farmers markets but, with more independent shops and even supermarkets now stocking kombucha, it has become more accessible. Several attendees commented on kombucha’s suitability as an alcohol alternative and, as purveyors of fine drinks of every kind, we are inclined to agree and feel that this drink has a natural place on our shelves!